Get fresh music recommendations delivered to your inbox every Friday.
We've updated our Terms of Use. You can review the changes here.

by The Royal Hangmen 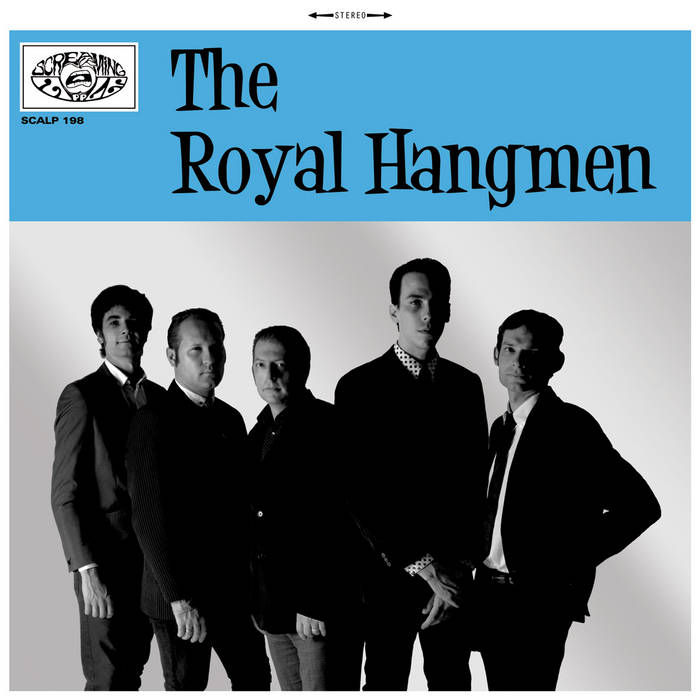 Are you ready for another wylde garage-punk extravaganza? Do you fancy some hip-shakin' 60's Beat, too? Or maybe, you just wanna dance ecstatically, shout and scream in frenzy? Rightly so, then we certainly can help you out with the first long-playing record by Switzerland's one and only kingly renowned garage band - THE ROYAL HANGMEN.

The album contains 13 songs, full of tempestuous and raw energy, with plenty of hooklines, verve and style.

Songs that are soaked with a sixties spirit, but were made in the here and now. It's all in there: fuzz-guitars, VOX organs, snarling vocals, throbbing bass and rattling drums - always short, tight and efficient.

And that's exactly how the odd garage record should sound. Their self-titled debut was painstakingly produced by David Langhard (aka Admiral James T.) with much love for the detail and with heavy use of analogue equipment.

Hailing from Zurich, THE ROYAL HANGMEN started eight years ago to proclaim the gospel of garage rock.

First a simple cover-band, they soon found their own style and tunes and finally some attention amongst the international 60's/retro scene.

Their first 45 single Mary Jane was released back in 2009 on Greek label Lost In Tyme. Lots of concerts in France and native Switzerland followed thereafter, culminating in a support slot for the mighty SONICS.

It took them some time to record their first proper album, but it was definitely worth the wait.

So get on your go-go boots, put that marvellous wax on the turntable and shake your hips to the driving Turn Me On, the frantic Mary Jane, the melodic She's Gone or Get Out Of My Way and all the other smashing tracks on this record, until you reach the final comedown with the moody, psychedelic "Wake Up".

If you go bananas listening to bands like the SHADOWS OF KNIGHT, the ZAKARY THAKS, the BAD SEEDS, the CYNICS and the STAGGERS, this one's for you babe! It's fab! It's groovy - It's THE ROYAL HANGMEN! Now - exclusively on Screaming Apple Records (Germany)

Imagine fuzz-driven guitars, a grinding Vox organ, a stompin' backbeat and some high energy screaming vocals, mix that with some real dedicated sixties attitude and you dig what the The Royal Hangmen were all about. These swiss wildmen play vintage instruments with a sound reminiscent of The Sonics, 13th Floor Elevators and Small Faces but with a style and energy all of their own. ... more

Bandcamp Daily  your guide to the world of Bandcamp